Arts For The People was founded as a response to the increasing demand for creative solutions in the fields of Health Care and Education. Creative integrative approaches benefit everyone, promoting a sense of well-being, empowerment, and hope.

Anne Krauss, an artist, psychotherapist, and writer was born in New York City. After completing her Bachelor of Fine Arts at Syracuse University, subsequent explorations in art included study in Greece, Mexico and Italy. Anne is a New Jersey State Council on the Arts and Ford Foundation award recipient. Her work has been exhibited in galleries and museums in the United States and Japan.

Commercial artwork has included design for film, theatre, television, and private industry. Fiber and mixed media artwork has been featured in magazines, design books, and on public television.

Anne earned her Masters degree in social work from Smith College and is a certified Licensed Independent Clinical Social Worker. She is also a private practice member of numerous mental health insurance panels. Her therapeutic practice includes work as a consultant and therapist with individuals, couples, and families. Additional work as an educator and activist advances health care advocacy and reform.

Currently a resident of Amherst, Massachusetts, Anne manages her art studio in addition to a counseling practice, which specializes in work with artists, writers, and musicians. 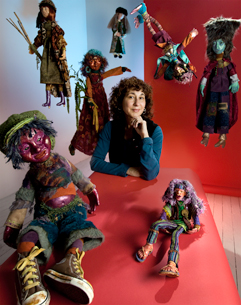